The art of leatherwork is the purview of only a handful of artisans within reach of Brad Martin's work. World renowned for hand tooled and painted leather in scenes reminiscent of the Native Americans, Brad Martin's artwork is highly sought after by collectors. He began tooling leather in 1967, and pursued his craft by opening a leather shop in the 1970's - belts, bags, sandals and hatbands. He met with such great success that he began entering competitions where he consistently won. Soon he was working on commissioned pieces, restoring leather antiques and creating detailing on custom cars. When Brad Martin came to Taos in 202 he became interested in the religious aspects and traditional lifestyles of the Native American community. Always drawn to indigenous cultures, he finds his work strongly influenced by the simple needs of family, home and spiritual balance. 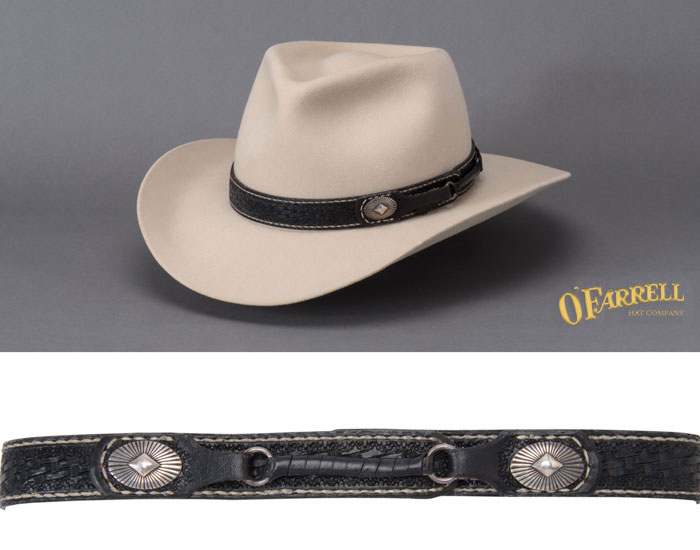 Hand painted and hand tooled leather hat band in a geometric pattern with center headdress, 1 5/16" to 5/8" wide by Brad Martin